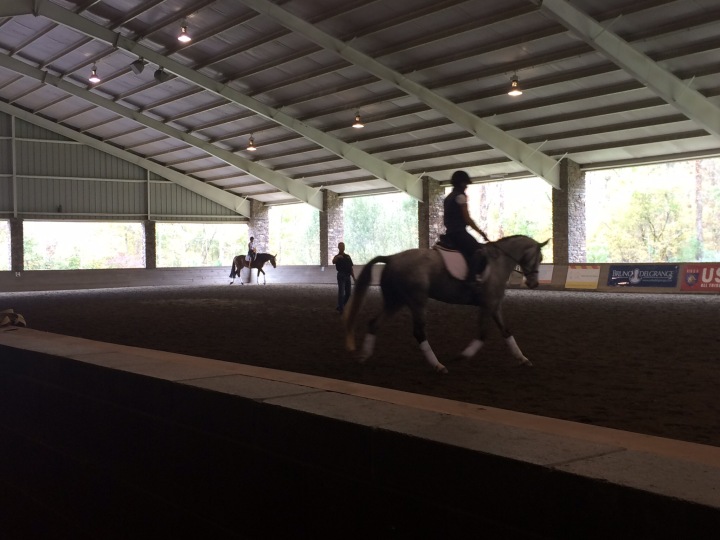 Last week I was lucky enough to take a long weekend and travel up to the USDF Sport Horse Prospect development forum with Willy Arts and Scott Hassler, hosted at the gorgeous Shannondale Farm. Both coaches were explanatory, helpful and encouraging, the horses were insanely talented and the riders were gracious and upbeat. What a revelatory weekend.

Day one I left for the evening a bit discouraged, these three and four year olds were lightyears ahead of Fritz. Like whoa. They steer. They do serpentines. They CANTER. One of them did walk-canter for crying out loud. The nerve of that show off!  My hopes were slightly restored when I bumped into Willy and Scott at the hotel that evening and told them offhandedly about my comparative fears. They were kind enough to offer encouragement. Willy said, “each horse has his own schedule. Don’t feel like you have to rush it to catch up.”  Warm fuzzies.

On day two, expectations seemed a bit more realistic, thank God. About half of the crazygood horses were tired and/or sore and had some sticky moments throughout their sessions. I’m slightly ashamed to say, but it made me so relieved. Sorry! (Not sorry?) To see these gooooorgeus horses also have some mild training hiccups (think bucking, balking, spooking) was so refreshing: they’re not perfect magic-filled unicorns! I apologize in advance. Sorry riders, I realize that my delight in your mount’s refusal to pick up that canter is borderline cray.

The other beautiful thing about Sunday; I got to pester a lot of the very lovely riders and chat about their particular horse’s challenges and how they get through them normally. Turns out, they were (mostly) all holding together each ride like you would a test. It wasn’t effortless, they were trying to make it look as if it were… and succeeding.

I started paying closer attention to the aids during turns to see how they were achieving a feat as monumentally difficult as turning right. Scott kept saying “don’t bend!” and the jovial riders would holler back “not trying to!” They were just trying to turn. Omg. Yay! They have to open their inside rein to turn too! And in a covered arena with walls to boot. It turns out, these riders were simply masterful equestrians. Obviously, we still have a lot of work to do, but my goodness it’s nice to know we’re not the only ones who have hiccups.

Throughout the weekend, both trainers stressed three common themes;

The horse must have confidence in his rider, light aids are the goal, and forward. Always forward.

Here are some of the highlights of the training for me:

And I think by far, my favorite theme of the weekend was “just keep

riding.” When a horse would get sticky, spook, toss his head, pull at the reins, try to come off the rail – the coaches both said “just keep riding.”  When the horse misunderstood an aid and picked up the canter, “that’s fine, just keep riding.” The response wasn’t no don’t canter! Trot now!

A horse balked crossing the arena, “gently ask him to come forward.”  When recollecting after a stretching trot, don’t worry about pulling or resistance to going back into frame, just ride through it withquiet hands. No drama, no attention really to any of the unwanted behavior. 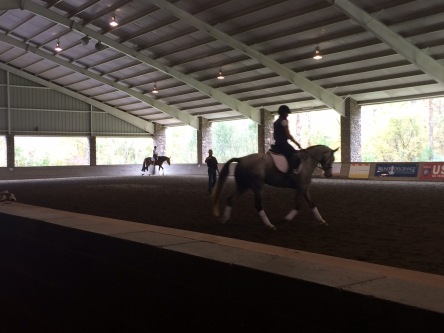 Our goal is to teach the horse to respond to the lightest leg possible. If they do t respond to a whisper at the walk, trot off. They’ll release the back and understand forward. Willy echoed the same thoughts in the prior session, that access to the hind leg is learned in the trot. Collect and bring together, then on. Collect, then on. They’ll learn to engage the hind leg quicker.

Scott also said during this session, “when you have a happy confident horse, you have the right to ask for something more difficult again.”

It was a wonderful, inspiring weekend that made me remember how much I love equestrian sport, training and the community that inherently comes with it. Time to ride! 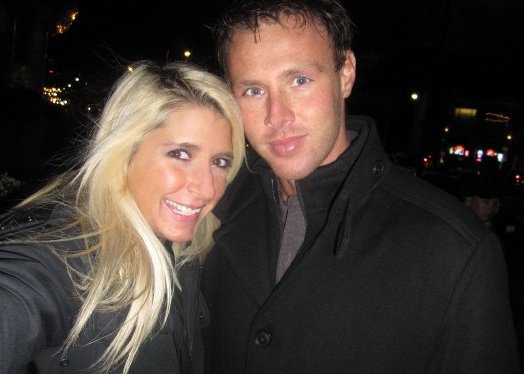 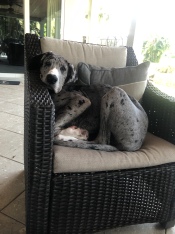 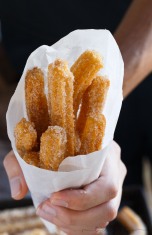 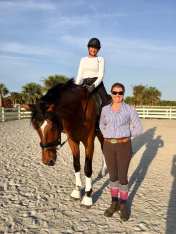 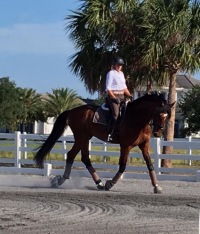 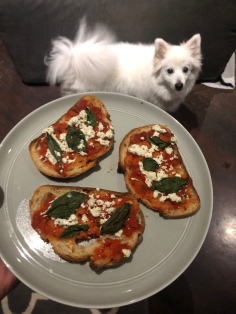 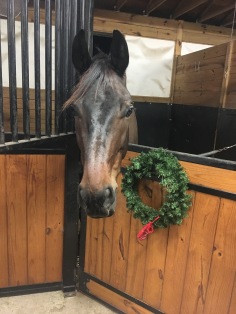 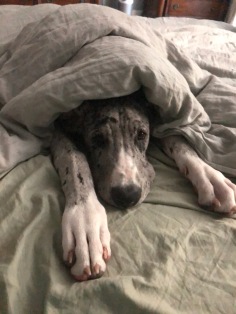 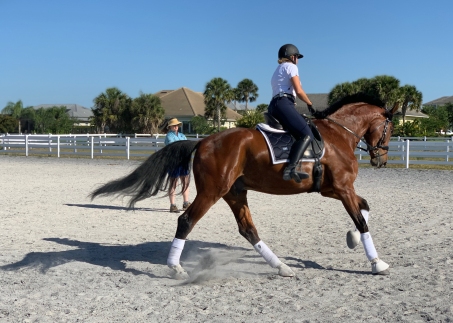 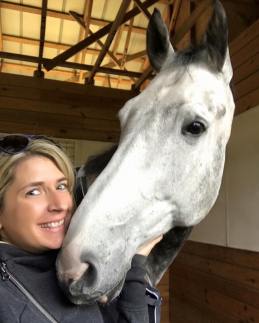 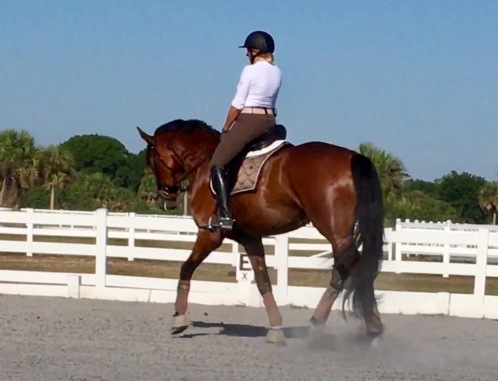 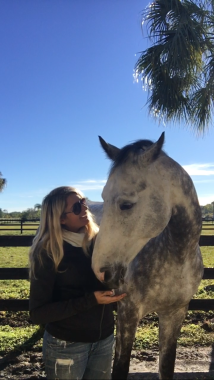 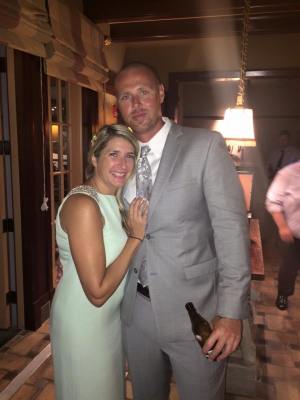 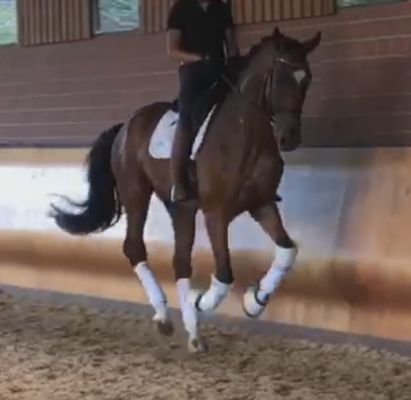 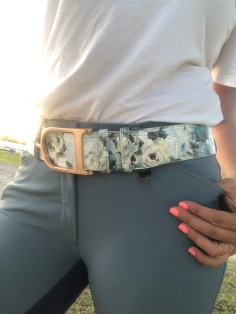 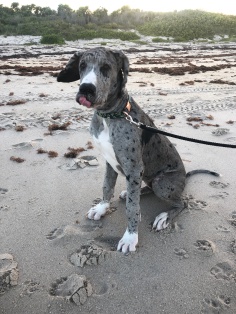 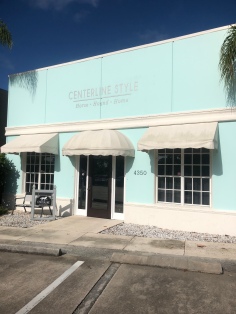